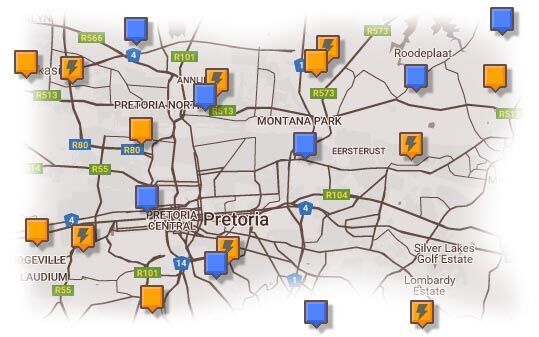 Tshwane, previously known as the Greater Pretoria region of Gauteng includes the towns Centurion, Cullinan and Bronkhorstspruit, City of Pretoria and Bapsfontein and all their surrounding areas. All of the aforementioned towns, each of which used to be a separate municipality, have been incorporated into the new Tshwane District Municipality. Tshwane is situated in the transitional area between the Highveld and the Bushveld. It starts approximately halfway between Johannesburg and Pretoria and extends some 70 kilometres both East and West of the latter.

The city of Pretoria was founded in 1855 and named after Andries Pretorius, a Voortrekker leader. The city was the Capital of the Zuid-Afrikaansche Republiek from 1860 until 1910, administrative capital of the Union of South Africa from 1910 until 1961, and of the Republic of South Africa from 1961. The city is full of wide avenues lined with Jacaranda trees and houses a great number of embassies and consulates. Overlooking the centre of the city from a hilltop are the magnificent Union Buildings, built in golden stone with Italian tiled roofs. Pretoria houses two of South Africa's leading universities.

To the south-east of Tshwane lies the small town of Bronkhorstspruit with its extensive shopping facilities. Just to the North of this charming town and near to KwaMhlanga there is a traditional Ndebele Village and Museum. This is an ideal stopover for visitors making their way to the resorts and game reserves of Mpumalanga. Here you can see demonstrations of traditional dress, beading, weaving and dance. In Bronkhorstspruit is the Willem Prinsloo Agricultural Museum, an informal living museum where children can see farm animals and old farm machinery and implements. Demonstrations of candle making, bread baking and distilling as well as sheep shearing can be seen. The Bronkhorstspruit Dam is a favourite weekend attraction for water sports enthusiasts, and close to the town is the Nan Hua Buddhist Temple.

Further North in Tshwane is the small mining village of Cullinan, where the world's largest diamond was found in 1905. Be sure to visit the McHardy House Museum, the extraordinary small restaurant La Casa located in a 1905 house, and the barber shop. Tours of the diamond mine are held at regular intervals and are an attraction not to be missed.

Centurion is a more modern developed town in Tshwane and is situated just to the North of Midrand (once known as Halfway House as it is situated exactly halfway between Johannesburg and Pretoria). This Tshwane town has wide open spaces, parks and delightful industrial and commercial developments. One of Centurion's aims is to develop into a garden city. Just outside Centurion is the Zwartkop Nature Reserve where there is a 13 kilometre hiking trail along the Hennops River. At one end of the reserve is the famous Centurion Cricket Ground. The South African Mint opened its new factory in Centurion in 1992 and is one of the most modern mints in the world. Guided tours are available and last about two hours.

There are many other attractions in the Tshwane region. You can be wandering around the centre of the city on a shopping spree in the morning and just a short while later witnessing a herd of elephants or a pride of lions. A little to the West beyond the Magaliesberg mountains lies Sun City with its casino and the adjoining Lost City. In the centre of the region in the south part of the city is the Fountains Valley Recreation Resort where you can indulge in the traditional braai, play tennis on the public courts, swim or just relax. Fountains lies on the Appies River, and is the country's oldest nature reserve. But don't miss Pretoria in October when the streets are a mass of purple in the Jacaranda City.
View Town List
Shows all the towns with accommodation
View $elect Stays List
Shows listings offering a 15% discount to members 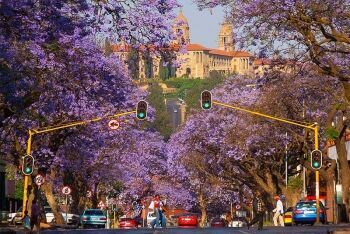 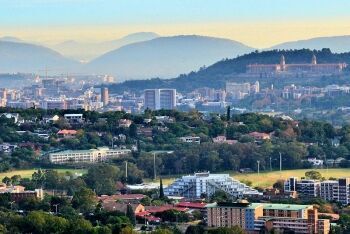 © Ossewa (License)
Lukasrand (in the middle) with Groenkloof in front and Arcadia in the background. The Union Buildings can be seen in the top right 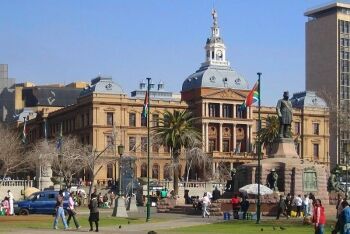 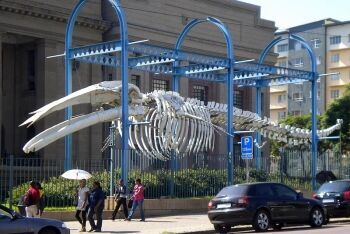 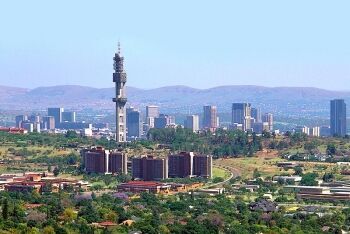 © Andresdewet (License)
Looking towards the Pretoria CBD from Klapperkop above Groenkloof 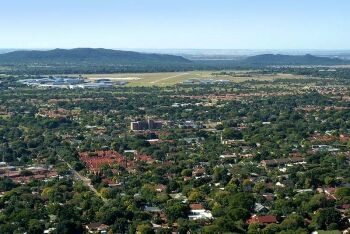 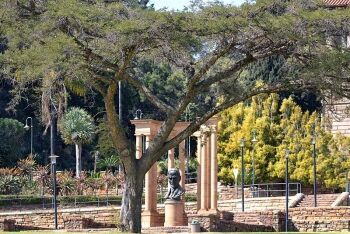 © PHParsons (License)
Bust of Field Marshal J.C Smuts in the gardens at the Union Buildings, Pretoria © The Wandering Angel (License)
Late afternoon in front of the Palace of Justice on Church Square, Pretoria © South African Tourism (License)
Pretoria, showing exactly why it is known as the Jacaranda City © avilasal (License)
Freedom Park is situated on Salvokop in Pretoria. It includes a memorial with a list of the names of those killed in the South African Wars, World War I, World War II as well as during the apartheid era 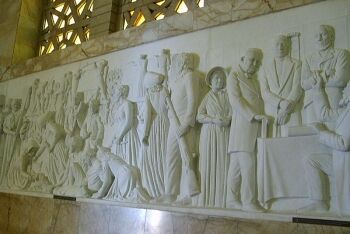 © Núria Pueyo (License)
Detail from within the Voortrekker Monument: This panel depicts the swearing-in ceremony of Piet Retief as Voortrekker governor. The frieze consists of 27 panels depicting the Great Trek and is the largest marble frieze in the world